“Working Together to Prevent Suicide” is the theme for this year’s World Suicide Prevention Day on Tuesday 10th September and provides an opportunity to raise awareness of suicide prevention.

Suicide prevention remains a universal challenge.  The World Health Organisation estimate that nearly a million people die by suicide each year.  For every person who completes a suicide, 20 or more may attempt to end their lives.  Suicide is a major contributing cause of premature death and is influenced by psycho-social, cultural and environmental risk factors which can be prevented through worldwide responses that address these risk factors.

In light of this year’s theme, it is important to remember that you don’t need to be an expert to reach out.  There may be family  members, friends or colleagues who are going through a difficult period and possibly be in crisis.  It’s better to reach out than avoid the conversation for fear of getting it wrong.  Checking in with them to see how they are and offering a listening ear can be immensely helpful to a person in distress.  Do not be afraid to ask the question “Are you ok”?  People in crisis often want to talk but find it hard to start the conversation. 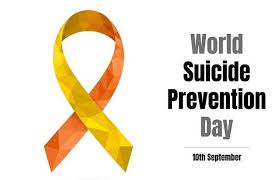