On Saturday 28th August Roscommon and Leitrim Civil Defence joined forces to carry out Medical Cover at the 2021 Carrick Camino.

A number of preparatory meetings had taken place in recent weeks followed by deployment of Civil Defence members from Leitrim and Roscommon on various parts of the 35 km route across both counties to risk assess the route and its course.

A comprehensive Civil Defence plan was drawn up of Volunteer deployment on the day, which included a Communications plan, Medical Plan and Evacuation plan. Hours of work were undertaken by both CDOs in their respective local authority areas and a final plan was put together to cover the Camino event which covered a 35 km route commencing in Ballyfarnon and finishing in Carrick on Shannon, with the first group departing shortly before 7 am.

To assist us with the smooth running of the event regional and neighbouring support from Mayo, Galway, and Longford Civil Defence Units was acquired. The day began with various units arriving in the Leitrim Civil Defence HQ in Drumshanbo where newly appointed Leitrim ACDO John Mcweeney was looking after the Medical Centre for the day. Firstly, breakfast was served to all volunteers on arrival and then deployment to the various rest areas and first aid stations in Arigna, Drumshanbo, Leitrim village and returning to the market yard in Carrick on Shannon.

During the Day Civil Defence deployed 50 volunteers which brought a great sense of commencing the return to a new-normal level of activity. Thankfully only minor injuries were treated and no hospital transfers were required.

Roscommon and Leitrim Civil Defence wish to convey their sincere gratitude to the backroom teams who looked after the ordering of First Aid suppliers, Refreshments and carried out route inspections, in particular on the Kilronan mountain route, organised various crews for different areas and assisted in the smooth operation on the day. 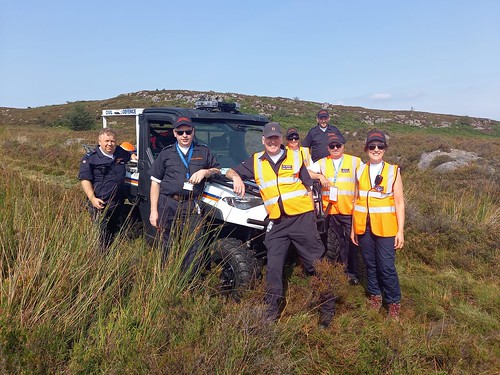