Offaly Civil Defence were on duty for the Shane Lowry homecoming in Clara on Tuesday night 23rd July.  Following some frantic phone calls on Monday night Civil Defence, Local Authority, Gardai Fire Service, and various other local organisations were mobilized for the homecoming operation. Civil Defence provided two Ambulance crews, and First Aid Patrols, assisted by our friends and colleagues from the Order of Malta who crewed two of their own Ambulances and who had First responders on foot also. Fantastic teamwork and co-ordination was the order of the day, between Civil Defence, Order of Malta and the P.R.A’s which ensured a very smooth and professional operation took place. Many favourable comments were passed on to the Civil Defence Officer and thanking us for our assistance during the celebrations.

CDO, Raphael Fallon, a proud Clara man  is very proud of his volunteers for a fantastic job on the night. 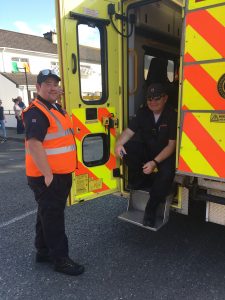 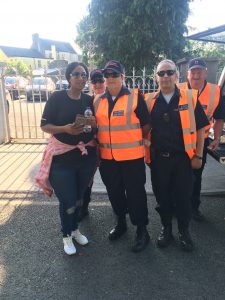