Brian Connery sadly passed away on the 21st of April after a long battle with illness.

Brian was known to all as “Chopper” his nickname, the origins of which are now a state secret. Chopper has been a member of Cork North Civil Defence since he joined in 1996 at the age of 16. Nearly a quarter of a century of service as a dedicated volunteer. He was always a very active member of our unit who gave his time generously. A qualified EMT and Coxswain and with a love of rescue, Chopper was interested in everything. However, he loved nothing more than a day out with the boats, unless you happened to have a helicopter lying around. When out on the water, Chopper felt it was his duty to keep us on our toes and practice “Man Overboard” drills. Chopper loved his gadgets and technology, having the answer for any problems in our path. He carried a utility belt that Batman would have been jealous of, it often slowed him down but he didn’t care, he was ready for action.

Chopper was part of many teams in his years with Civil Defence, competing both locally and nationally. So much fun was had at these competitions, and Chopper was known for his practical jokes and cheeky side. Many stories could be told of shenanigans Chopper was involved in down through the years, and we cherish these memories so much now. Chopper was a very proud member of Cork North Civil Defence and showed it in the time he gave to training, searches, competitions and of course social events. Always there, always dependable, a volunteer to the core.

We as a unit would like to express our heartfelt thanks to Jean; she encouraged him to join as a teenager and gave him the freedom to be involved as much as he wanted. Jean drove him to classes and duties for years until he learned to drive himself. Later in life when Chopper was unwell, Jean would drive him to any unit occasions or ceremonies, ensuring he didn’t have to miss out.

Our unit was a second family to Chopper and it was our privilege to see him laid to his eternal rest on the 22nd of April wearing his Number 1 dress uniform with his many medals of distinction displayed proudly on his chest. He will be sadly missed by all his friends in Cork North and beyond in Civil Defence Ireland. We would like to thank our Civil Defence colleagues around the country for their messages of support and condolences in these difficult times.

Chopper was taken too soon from this world and nobody will feel this loss more than his mother Jean, stepbrother Shane and his family and friends. We offer our deepest condolences to them and keep them in our thoughts.

Chopper walked the path so many volunteers hope to when they join an organisation, newbie, colleague, valued team member, dear friend and eventually, family.

Rest in peace Chopper. Your duty is over, stand down and sleep tight. 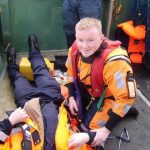 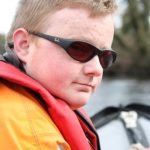 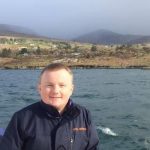 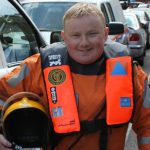